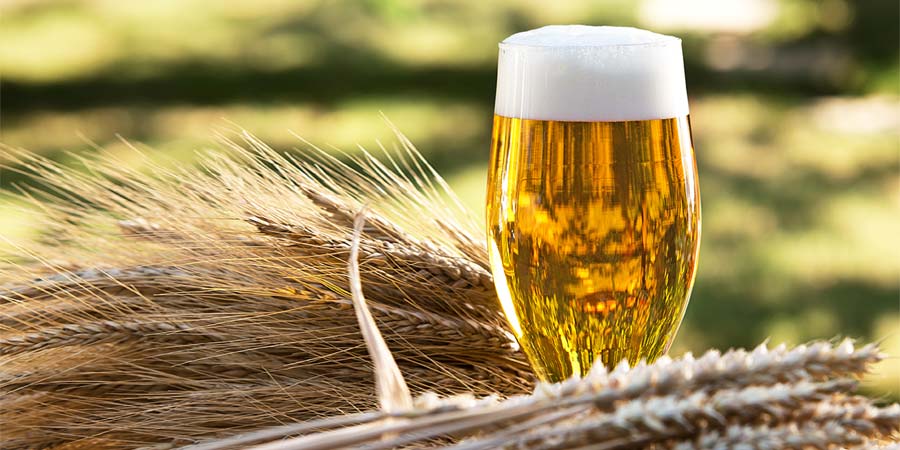 As part of the Charles Faram Hop Development Programme we conduct a series of pilot brews in house to assess the potential brewing value of new and experimental varieties. Sometimes we may only have a few hundred grams of hops from a handful of plants to play with which is not enough to enable a commercial brewery to conduct a trial brew. This is where our pilot kit comes into its own.

Successful brewing results at this early stage may well inform a decision as to whether we continue or indeed halt development of a particular variety.

The focus of our most recent brew was to explore the brewing value of a new variety that we hope has the potential to be grown organically. The demand for organic hops is ever-increasing and supply of these varieties is a constant challenge for any hop merchant, so to have a potential new organic variety on the horizon is extremely promising.

Our Andrew Whalley came out of brewing retirement for this one with Mark Lovegrove acting as assistant brewer/general dogsbody. We weren’t looking to produce a hop bomb, but more to see whether this hop variety is capable of producing a solid, drinkable beer. As is the case with all our experimental brews, the focus is solely on the hops.

We designed a beer with a simple pale malt profile and used a clean, flavour-neutral yeast strain to allow the hops to take centre stage.

As for the hop itself…

It is a daughter of Boadicea, providing natural resistance to aphids. Its father is a descendant of Challenger, Target and Admiral.

Aroma assessments in 2013 and 2016 were positive. Wilt tests in 2013 confirmed good wilt resistance. John Walker has planted a small amount for commercial assessment.