Bryggeriet FRANK (The FRANK Brewery) intends to brew beer, that both will be pleasant accompaniment to food and quiet moments, but also ’signature beers’ that will challenge the taste buds.  The beers have been developed on William’s old brewing system at the farm ‘Mosely’. 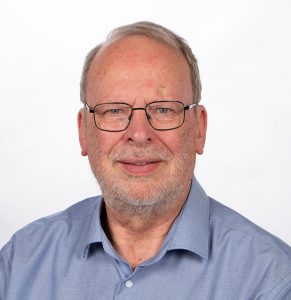 Brewery
The commercially available beer will be brewed at Randers Bryghus, applying the best available climate friendly technology for micro-breweries , developed by William himself in collaboration with the Danish environmental authorities (Miljøstyrelsen).

Brewing expereince
William’s brewing experience stretches from his early work on the night shift at Tuborg’s ( a now closed brewery, located in Hellerup just north of Copenhagen)  laboratory during his student years, a Master Brewer apprenticeship at the Thor brewery (also closed now…) in Randers through jobs at larger breweries culminating with the role as technical director at the Sandwalls Ångbryggeri in Borås, Sweden (yes, that one is closed too!).
As an active force in the Danish beer revolution, William participated with the start-up of multiple breweries and “reaped a series of awards”, as the Danish CEO of Carlsberg expressed it when he, on behalf of the Danish Brewer’s Association, presented William with the Association’s Anniversary Award in 2018. In 2011 William received Danske Ølentusiasters (Danish Beer Enthusiasts) annual award.

Reception
We will host an inaugural reception at ’Voldby Købmandsgaard’ in August.