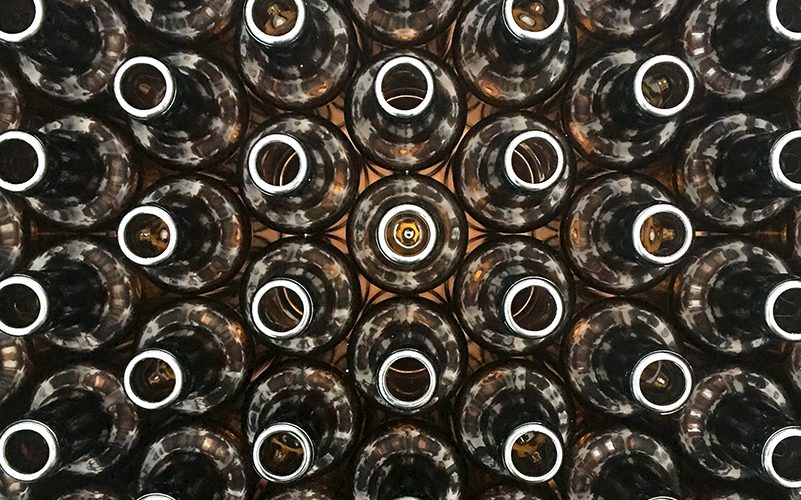 Welcome to the Sweden themed issue of the SBR

An important part of our dedicated initiative to revitalise the Scandinavian Brewers’ Review, which has been described in great detail in both my editorials and in other articles over the past few years, was the decision to make the last three 2019 issues of the SBR theme issues digging a bit deeper into the beer and brewery scene of the individual Nordic countries. We started in the No. 2, 2019 with a Norway issue, and, in this one, we continue with Sweden. We plan to finish 2019 with Denmark, and we hope to open up 2020 with a Finland theme issue. All, obviously, provided that we will be able to source sufficient material from the ‘theme countries’. So hereby a warm welcome to the second-ever countrythemed issue of the SBR, and the first with Sweden as the theme!

Sweden is very interesting in a brewing context for various reasons. Firstly, Sweden is the biggest country in our region and has the largest number of breweries and the largest total beer consumption in the Nordic/Baltic. Secondly, the industry in Sweden lives under a quite unfriendly political regime as regards sales channels, advertising and taxation. But, on top of this, I personally find the history of craft brewing in Sweden intriguing: As Erika Danckwardt-Lillieström and Fredrik Sörbom from Sveriges Bryggerier write in their contribution, ‘The Swedish Brewing Boom’, Sweden was first country in our region to see a start of the establishment of small craft breweries, with more than 10 of these opening in the early 1990s.

This would indicate that Sweden would remain far ahead of the other Nordic countries in respect to the number of craft breweries, but then the – to me, at least – strange phenomenon set in: A very, very slow and small growth in the segment right up until 2011. In Denmark, we saw the boom start already around year 2000, and in both Norway and Finland only a few years later. But, as Erika and Fredrik outline in their article, the boom in Sweden since 2011 has been tremendous, so that Sweden is now at least on par with the rest of the Nordic countries as regards the number of breweries per capita.

The picture painted by Erika and Fredrik of the current Swedish brewing and beer scene is largely quite similar to all other western countries. But it is also noteworthy that this picture underlines that no two countries are the same – Sweden shows some interesting and unique features that I hope you will appreciate when reading the article.

We at the SBR are happy and proud to be able to give you, dear reader, a little glimpse into the universe of beer and brewing in Sweden, and we’re equally happy to have opened ‘channels of communication’ with now two of the leading organisations on the Swedish beer scene – Sveriges Bryggmästare Förening and Sveriges Bryggerier – from which we hope and trust we’ll be able to source much more relevant news in coming issues of the SBR – Sweden-themed and ‘regular’ issues.

Besides the articles from the two organizations, we are bringing you two very different stories about Swedish craft breweries – a ‘general’ story about the background, history and present of the Dykes Brewery and another – perhaps a bit more surprising – about the introduction of Artificial Intelligence-based technology at the Sälens Fjällbryggeri. At least as surprising and refreshing – to me, at least – is the article from our old friend and contributor Uwe Leibfacher on a project involving setting up a complete production facility for non-alcoholic, fruit-based health drinks in Norrköking. Uwe is, apart from contributing with his own article, the person appointed by Sveriges Bryggmästare Förening as their regular contact person/correspondent to the SBR. We thank Uwe for taking on this role and welcome him into our little family, and wish him luck with shaking up some of the many relevant contributors to the SBR that we did not feature in this issue.

But, as always at this time of year, we also have a strong focus on the annual European exhibition event for our industry, the Brau Beviale, held in Nuremberg, Germany from the 12th through the 14th of November this year. As always, our focus in the coverage of Brau is on the presence at the exhibition of the companies from our own region, and we hope that we, in this way, contribute to the success of the trips we know that a lot of our readers take to the exhibition. Please remember that we at the SBR always very strongly encourage you to comment on the anything you wish to comment on in the magazine, but obviously particularly on the editorial. May I remind you that this request this time is more critical than ever!

Please forward your comments to anders@kissmeyer.dk.