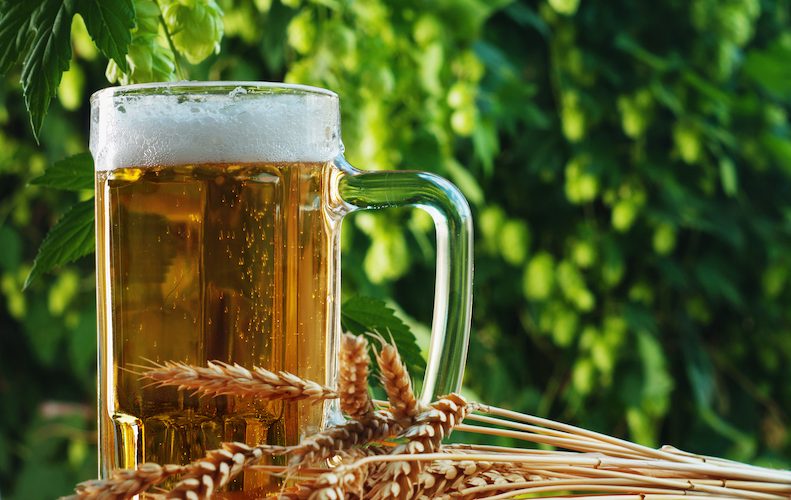 As we all know beer is the oldest processed drink to mankind, it can be traced back to about 13,000 years BC. For many centuries beer was produced and preserved in oak barrels, an environment which offered some stabilization due to the tannins naturally present in the wood. In fact, these polyphenolic substances were released in the alcoholic solution, stabilising it while slightly modifying its taste.

Beer colloidal stabilization was not an issue till 1842, when the first lager was produced in Plzen, Czech Republic. The extremely rapid boom of lager beer consumption across the globe led to the need for stabilisation, being stored in bottles and transported over long distances. In fact, this refreshing, enjoyable drink does not stay bright after production. It’s important to stabilize it both from a colloidal as well as an organoleptic point of view, especially for export beers.

Several stabilization processing aids are available in the market. Among these silicagel and PVPP, which are probably perceived as the most widely used, likely due to German influences.

Today, the industry is willing to reduce the amount of ingredients from synthetic origin, shifting to natural processing aids whenever possible. This makes it a perfect time to consider shifting to specialty brewery tannins, for a long time the traditional way of beer stabilization and already embraced today by many breweries.

Brewery tannins, which are natural hydrolysable high molecular, glucose-based polyphenols, are offered to the market under the trade name Tan’Activ® GT and are produced by Silvateam, a global leading manufacturer of plant-based extracts of different botanical sources. These natural extracts are gaining popularity, becoming the stabilization processing aid of choice of many breweries, thanks to their multifaceted functionality.

The Tan’Activ® GT family includes Tan’Activ® GTH and Tan’Activ® GTC, offering solutions to brewers to achieve both colloidal as well as improved organoleptic stability, while increasing the efficiency of the process. Tan’Activ® GTH is particularly suitable for the hot part of brewing, as it can be added during mashing-in and/or at the end of boiling. Tan’Activ® GTC, the best choice in the cold part, is used beginning of maturation or before end of filtration, this in combination with various filter systems such as perlite, membrane, kieselguhr (Diatomaceous Earth – DE) and centrifuge filtration.

For breweries using DE, still the majority nowadays, using Tan’Activ® GTC in the holding tank prior to the filter will prevent any pick-up of iron from the DE, offering a good physical stability and an improved taste stability, as well as the lowest stabilization cost by far.

From a dosage point of view, 1 g/hl of Tan’Activ® GTC can replace around 45 g/hl of silicaxerogel, one of the most common protein side stabilisation processing aids, in case of DE filtration.

From a dosage point of view, at end filtration with DE filtration, 1 g/hl of Tan’Activ® GTC can replace around 45 g/hl of silica xerogel, generating less waste and no need for a silica gel trap filter.

When having a combined stabilization system, typically silicagel and PVPP, the latter to reduce haze forming polyphenols, one can reduce the PVPP dosage level by 30 to 50 % if transitioning from silicagel to Tan’Activ GT. This helps achieving substantial savings and leaving more polyphenols in your beer which are anti-oxidants and provide a more full bodied beer.

Brewery tannins, dosed in a solution, react within minutes to form a complex, selectively, with haze forming proteins (mainly proline), the complex precipitates and is removed after any filtration step.

This complex has the ability to bind to the free available Fe3+ ions, which are then removed after filtration. Aside from iron, some other metals are co-complexed and hence delaying the Fenton reaction and increasing the antioxidant potential of the beer.

When using Tan’Activ® GT tannins early on in the brewing process (hot part) the focus is more on organoleptic stabilization and pre-colloidal stabilization. Some breweries achieved also a good physical stability during earlier stages, dosing the product at end-of-boiling to enjoy further benefits such as a more compact cone in the whirlpool, less trub carry-over, reduced tank bottoms, reduced maturation time, longer filter runs to name just a few advantages.

Tan’Activ® GT has no effect on foam stability and is totally removed after filtration. Tan’Activ® GT is supplied in a high active powder which is dissolved at the brewery, depending on the dosage point between1 to 10 % w/w solution.

There’s no doubt that Tan’Activ® GT solutions provide the most cost efficient stabilization system for your beer, both from a physical as well as an organoleptic point of view. The low dosage levels of tannins allow to reduce the amount of waste and CO2 impact. Dosed at end-of-filtration, Tan’Activ® GT tannins also prevent any possible lingering aftertaste, thus increasing the beer drinkability even more.

There’s no more versatile multifaceted stabiliser as Tan’Activ® GT, a family of purely natural processing aids to keep your beer brilliant, full bodied and with a nice crisp taste. Tan’Activ® GT, a true gift of nature!