Addressing The Brewers of Europe General Assembly, Mr Aho said: “This is both an extremely proud and a very humbling moment for me, knowing that my brewing colleagues from across Europe are putting their trust in me to lead their European umbrella association. After five consecutive years of growth in the European beer market, these are no doubt very challenging times as Europe’s brewers seek to reconnect with their distribution chain and ultimately their consumers in the midst of a global pandemic. My ambition is to help guide Europe’s diverse family of brewers out of this crisis, embracing the Green Recovery that is essential to ensure a robust and sustainable future for beer in Europe. I wish to thank Pavlos for the magnificent job he has done in helping to ensure The Brewers of Europe is well prepared to play this role, at the service of brewers and the wider society.”

There are currently an estimated ten thousand breweries in Europe, a fascinating mix of world-leading multinationals, medium-sized national and regional companies, centuries-long established family brewers and up-and-coming new microbreweries. With one job in a brewery creating an additional sixteen jobs in the wider economy, beer creates around 2.3 million jobs, from the grain right through to the glass. Prior to the ongoing global pandemic and the weeks-long shutdown of hundreds of thousands of bars, restaurants and cafés, one in every three beers was consumed in Europe’s hospitality sector. With a safe and sustainable reopening imperative and most establishments either operating at limited capacity or even still closed, The Brewers of Europe is continuing its campaign for targeted support to be given to these social hubs that are key to Europe’s need to reconnect.

Reflecting on his tenure at the head of the association, Mr Photiades said: “Without the commitment of the National Associations, the beer companies and the Brussels secretariat, I would not have been able to equip you with such a positive report on the last four years for Europe’s brewers. And I am really grateful for this unique cooperation. The near doubling of the number of breweries presented not just a challenge but an opportunity to ensure The Brewers of Europe could feel like home for all of Europe’s breweries. This required not just reflection, but adaptation, with the first ever European Brewers’ Forum a direct product of that strategic review. Looking back, I can also only share The Brewers of Europe’s pride for its unprecedented ambition to label ingredients and nutrition information on all beers and I would like to express my gratitude to the European Commission for its encouragements and support on this crucial dossier. It has been an immense pleasure and honour to have served as President of The Brewers of Europe. Whilst I know very well the difficult, even existential, challenges facing many brewers at this time, I have every confidence that Lasse is the right person to take the association forward, to ensure a bright and sustainable future for Europe’s brewing sector.” 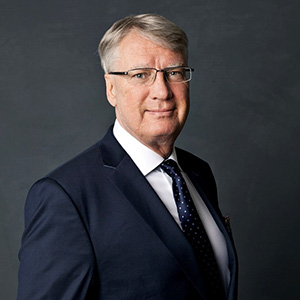 Mr Aho, a Finnish citizen, has been since 2004 the CEO of Olvi Oyj plc, a very successful middle size, regional brewery the performance of which has led the company to rank third best enterprise in Finland for the period 1999-2019. Mr Aho holds a master’s degree in social sciences from the University of Tampere. In 2008 he was granted the Influencer of the Year Award in the Food Industry. In 2013 he became Knight First Class of the Order of the White Rose of Finland. A Board member of The Brewers of Europe since December 2014, Mr Aho has also since December 2016 served as Vice President representing small and medium-sized breweries. The Brewers of Europe General Assembly elected Mr Aho on 4 September 2020 to the role of President, with a two year mandate, renewable once.

Previous Post Towards zero carbon – Saving the planet one grain at a time
Next Post October 7: Webinar about Viking CaraBody Malt and Viking Oat Malt